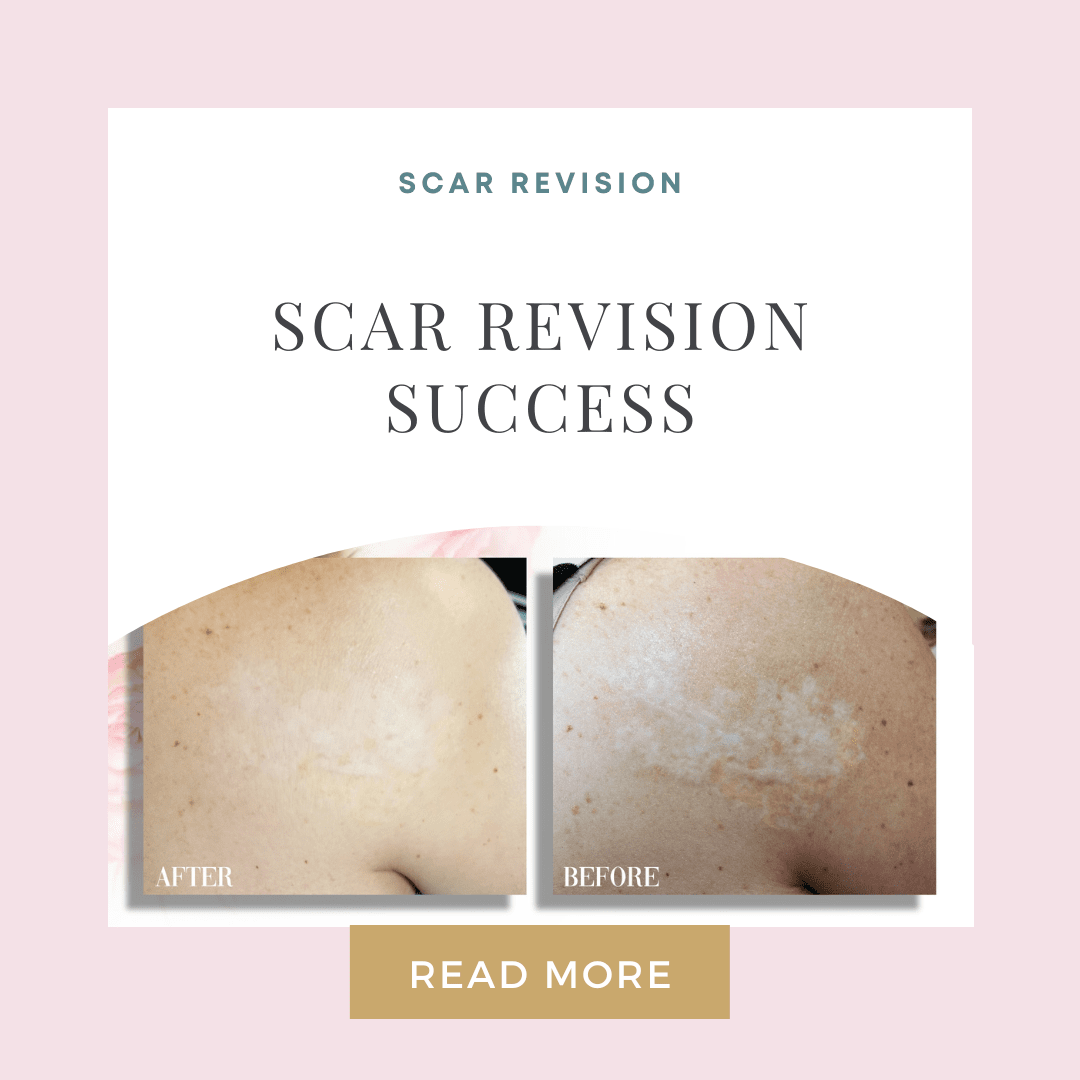 There are products and services that I absolutely love and recommend that earn a bit of referral credit for me.  Just want you to know.

Your Scars Can Be Improved

Scars.  They can be both physically and emotionally painful.  They have stories, and sometimes painful histories.

You may have been told that only surgery can improve your scar, or worse, that you’ll just have to live with it.  Seems like there hasn’t been much hope.

But in 2007 I saw one of our Permanent Cosmetic innovators, Dr. Linda Dixon, show how she applied camouflage pigment to a scar after she used her permanent make-up machine on the skin, and her client came back with a much improved scar.

Well, that was enough for me.  It captured something, or fascinated me with the possibilities, I’m not really sure how to describe it.  But it sent me on a course to do more, find out more, study more, and do everything possible to make scars better for my clients.  And the people I saw regularly who had scars?  They were the breast cancer survivors I was providing areola repigmentation for, and they had plenty of scars.  Helping to improve the scars was another great step in their recovery.  I was compelled.

That was the start, but along the way, sh!t happened.  Doesn’t it always?  I had a skull fracture, along with whiplash, in 2010 that left me with a long vertical dent in my forehead.  It was white, and gnarly, and my skin was fused into my skull.  It didn’t hurt, but it sure wasn’t pretty.

Unfortunately, as happens with whiplash, I had nerve damage that prevented me from using my left arm fully – for three years.  When I was finally able to begin to function I started to work on my own scar.

I had learned about electrical tens units for pain but I also found out that microcurrent – a lower level of electrical therapy – could help with scars that may have lost sensation.

I learned about blockages scar tissue cause that prevented adequate blood flow to the skin, and impeded lymphatic activity activity that caused problems with detoxification and elimination pathways in the areas of the scars.  But I learned that there were ways to improve the scar to the point that there was better function.

Some scars are tremendously thin and some are very thick.  I learned about reducing thickness and rebuilding thin skin.

As far as the color of the scar, when the tissue of the scar is improved, your skin is much better at retaining skin-toned pigments and your scar looks much closer in color to the skin around the scar.

Just a lot of learning and a lot of improvement.  And it is a bit of a process ~ so don’t expect it to be fast.  But it can be done.

Your scars can be improved.

Here’s the extra reason why you absolutely must sign up for this lead magnet right now! 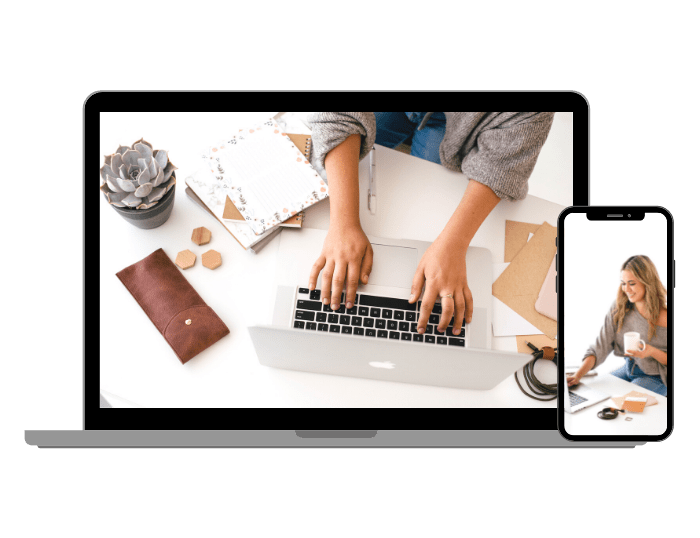 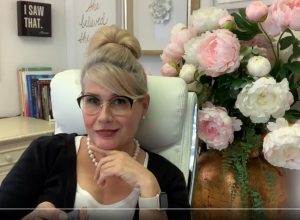 When I learned that you could have fantastic eyebrows, eyeliner, lip color, and glowing, fabulous skin safely, all day, every day, I was all in! Learn more on our site. Then let me know when you're ready for your appointment. See You Soon! 💋 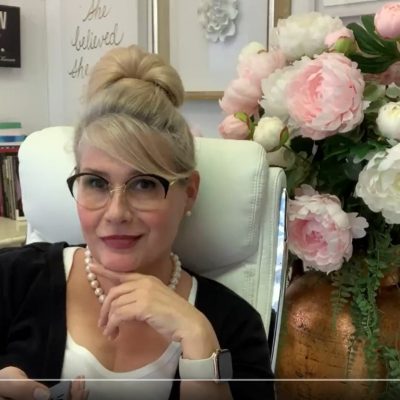 I want to look good – I also want time to live my life.  The solution?  Permanent Make-Up and Corrective Skincare Services!

Learn the ins and outs of this amazing service ~ then come see me! 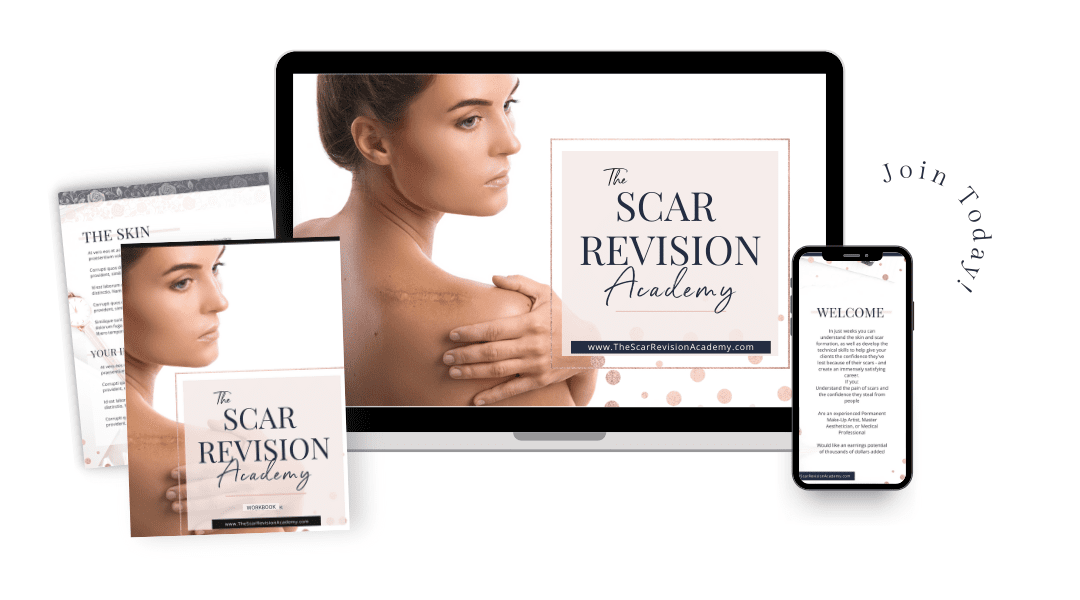 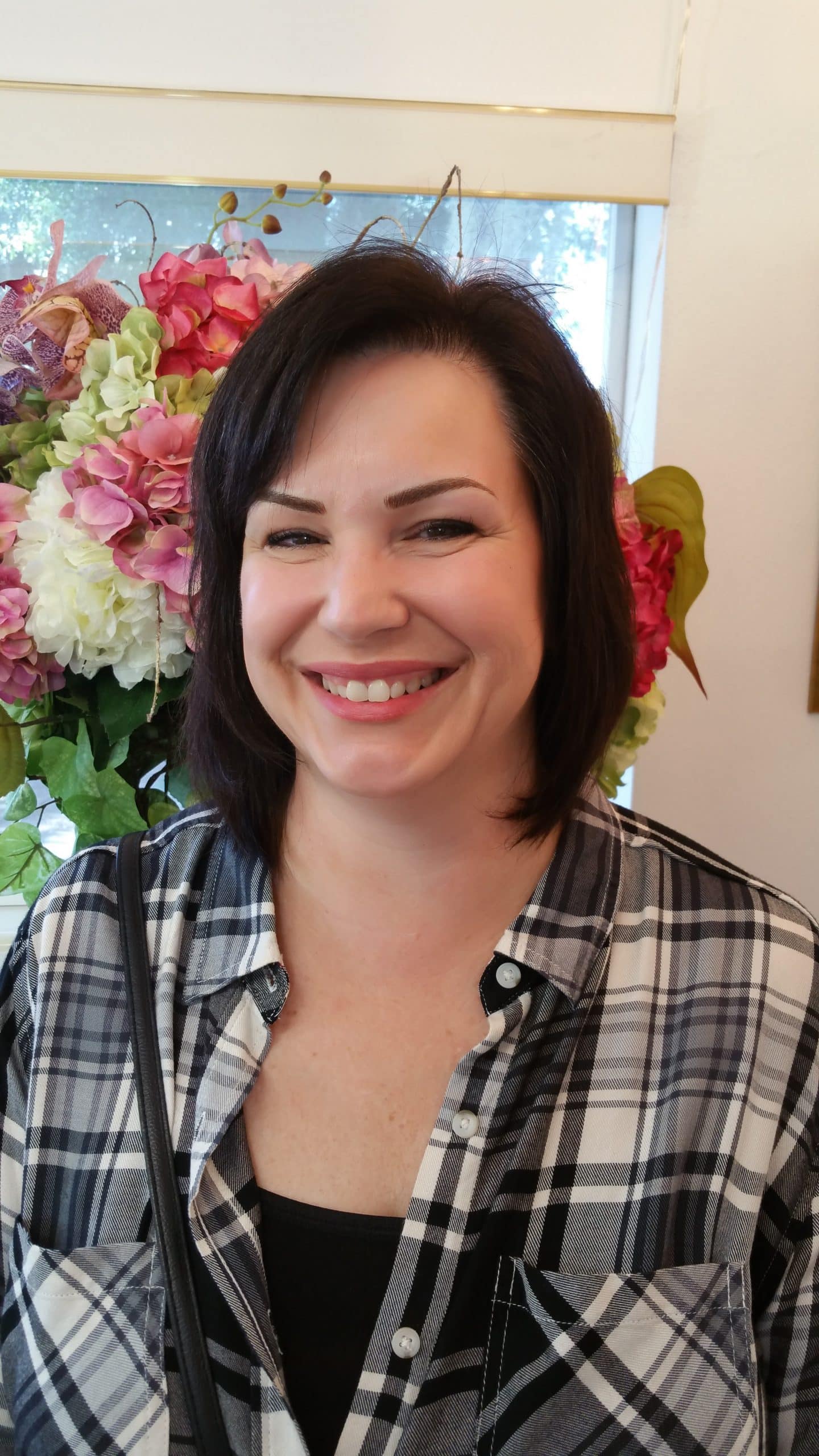 Jeannie P.
Victoria exhibits knowledge & perfectionism in all her permanent makeup work. She meticulously plans your brow design that suits you the best with your specific facial features, lips, & eyeliner to correlate with your natural anatomical creases, resulting in a beautifully enhanced & natural look. I had my permanent makeup done last week, haven’t even touched makeup since then, & I’ve been receiving more compliments than ever. This is truly a work of art; and I say this with all modesty, but I look like a Snapchat filter (the really pretty one) without even trying 😉 ... I’m extremely happy & impressed with her work! 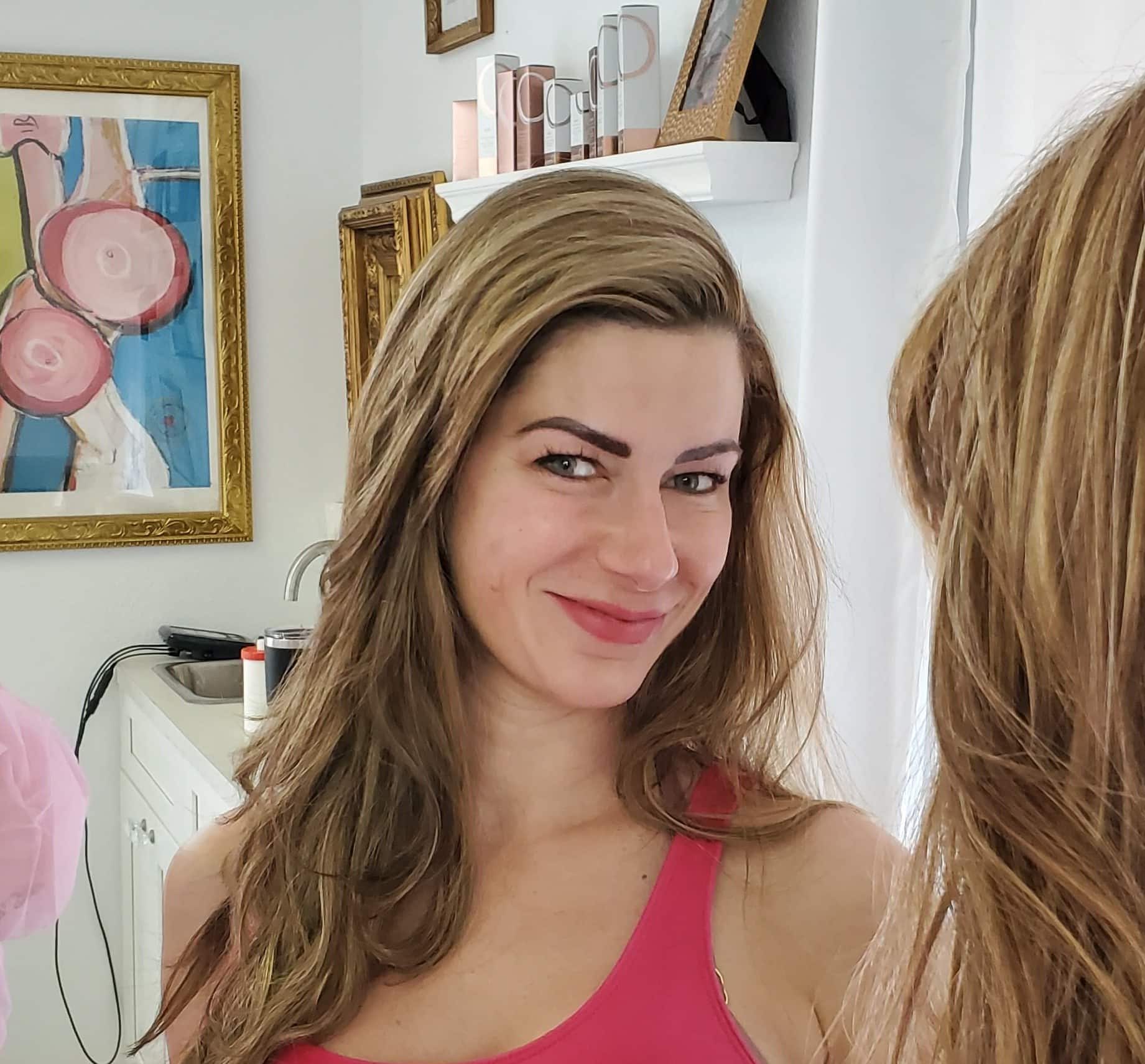 Melina NorbertoAesthetic Injector
I went for the whole gambit [permanent eyebrows, permanent eyeliner & permanent lip color]. I am so glad I did! When the pandemic required "stay at home" and face masks, I still looked like I spent time doing my face yet I didn't have to worry if any lipstick got on my mask or if the eyeliner would smudge. 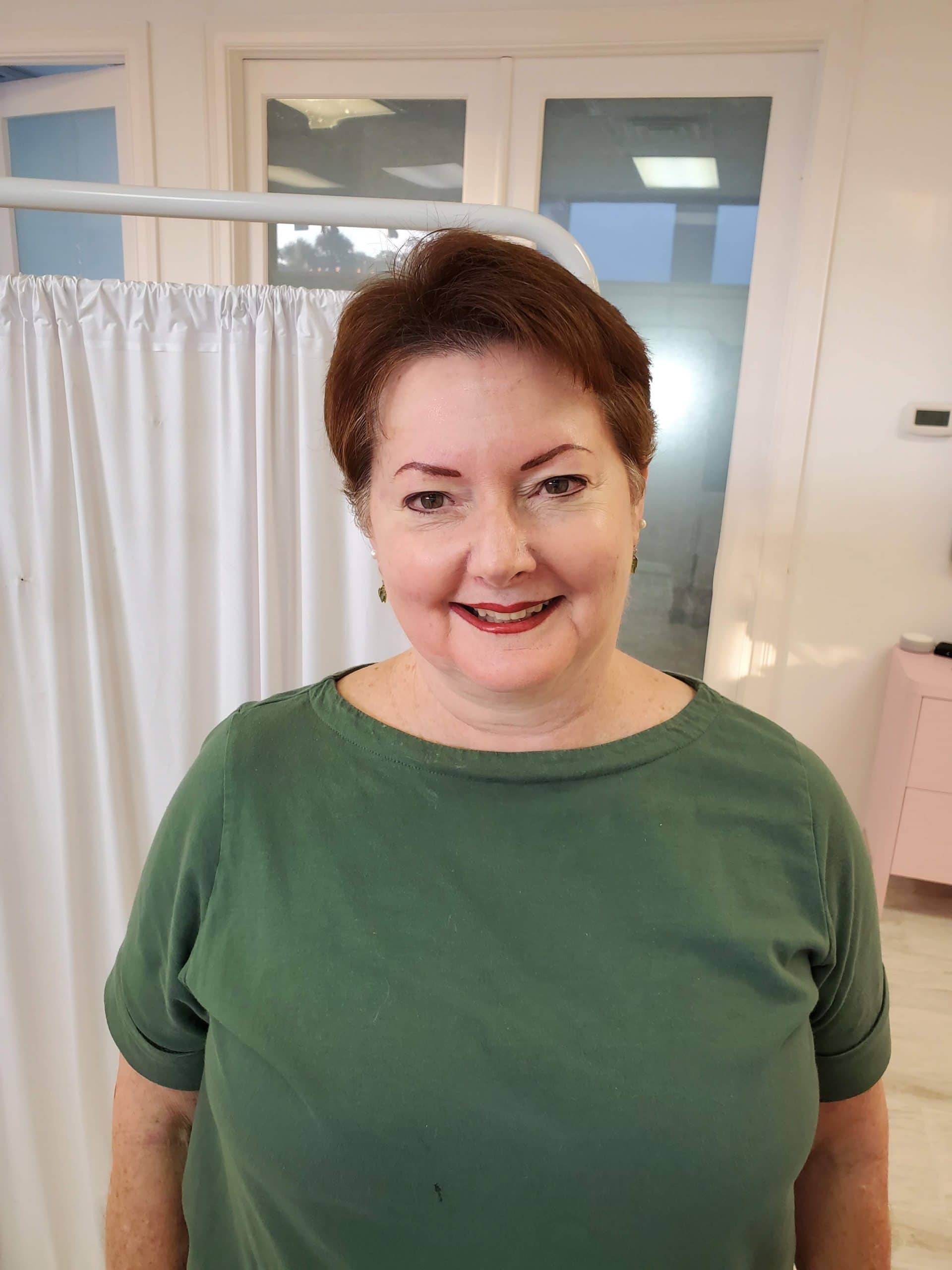 Vickie P.
As a physician, I am very careful which places I chose for service. This facility gets my 5 star rating for many reasons. Victoria Knight is so professional, meticulous and obsessed with perfection for her clients. She makes you feel so comfortable. I highly recommend anyone who is looking g for permanent makeup and scar revision. Her work is impeccable. 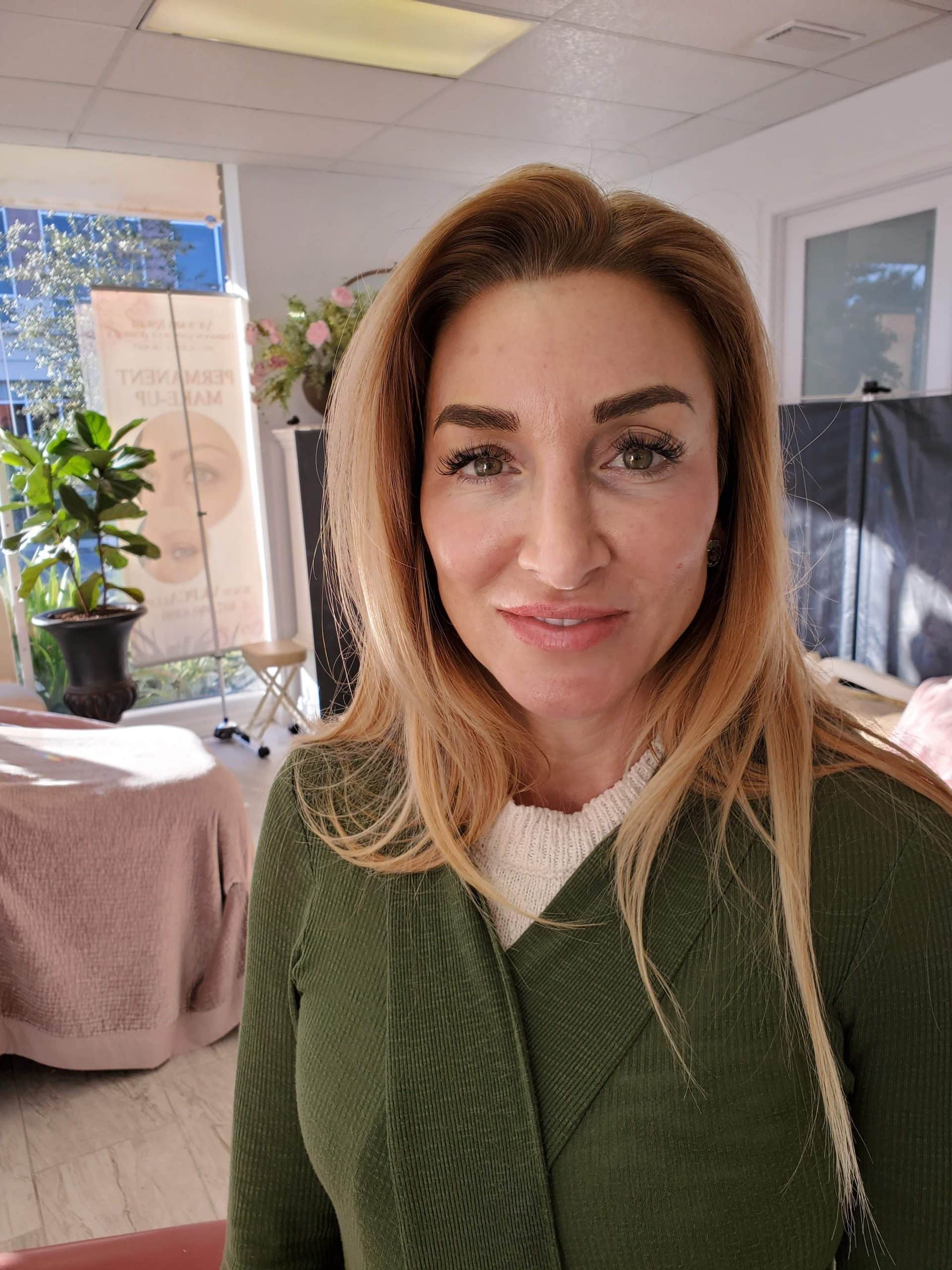 Dr. Stephanie Haridopolos
Victoria receives a 5 star from me !! She is not only talented, she is patient, and explains ever step of the way putting your comfort first. I have been to other places, but have never received the one on one personal care I received today. I have found my beauty queen. No need to go any place else. If you are thinking about having permanent makeup this is the place to go!! 100% satisfied!! 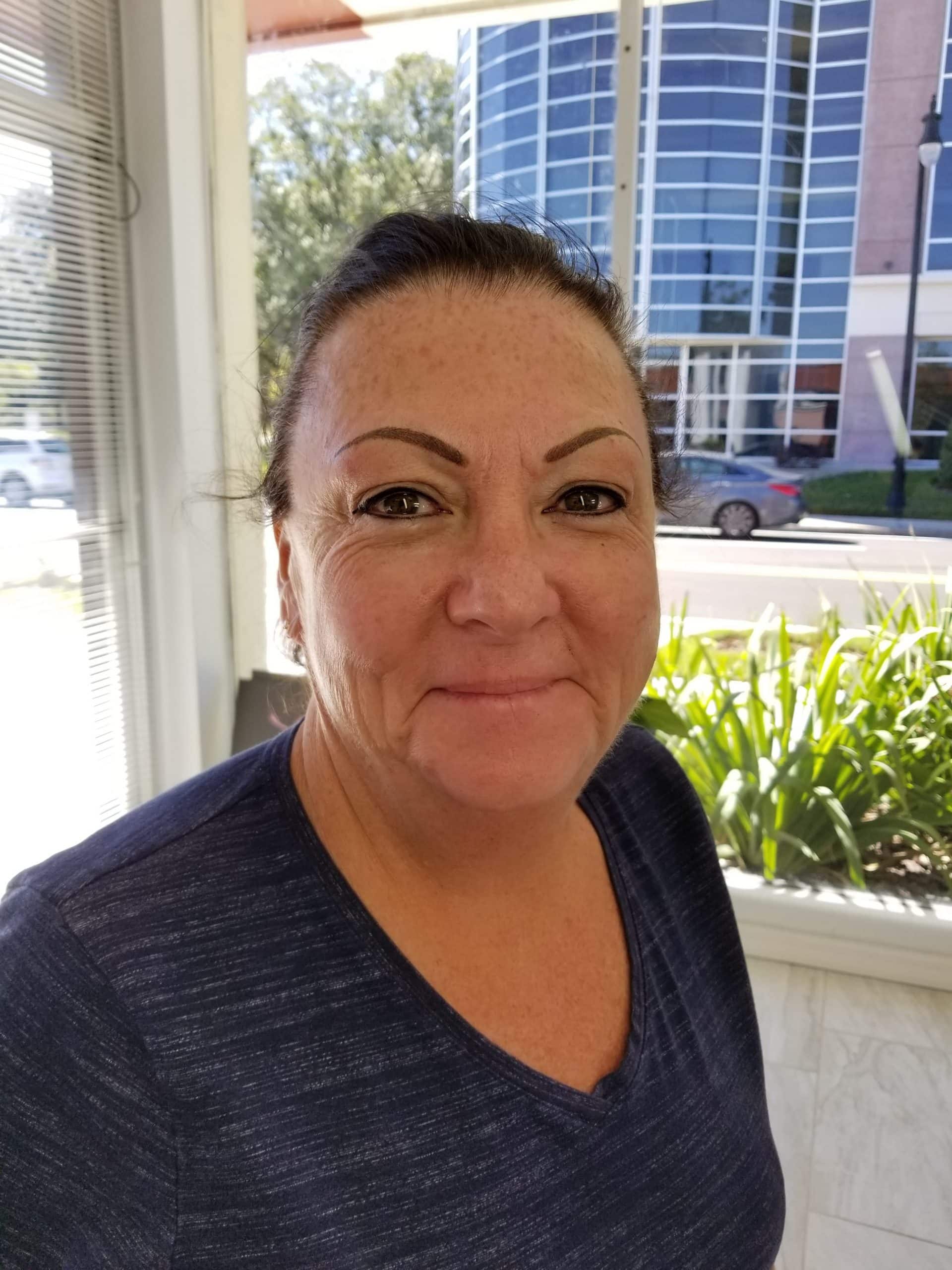 Colleen N.
I have to say that I was very scared. I honestly think that eyebrows are a very important detail on your face. So, what if they come out too dark, or too thick, or too thin, or what if I wasted my money? However, I had a wonderful experience. She took the time to show me all possible looks and colors. She played with the pencil until I was happy with the shape and the color. Better yet, it did not hurt at all, which was another one of my concerns. She was always asking for feedback on the process, and making sure that I was happy and comfortable. I am so happy and I feel so blessed that I ended up going there. 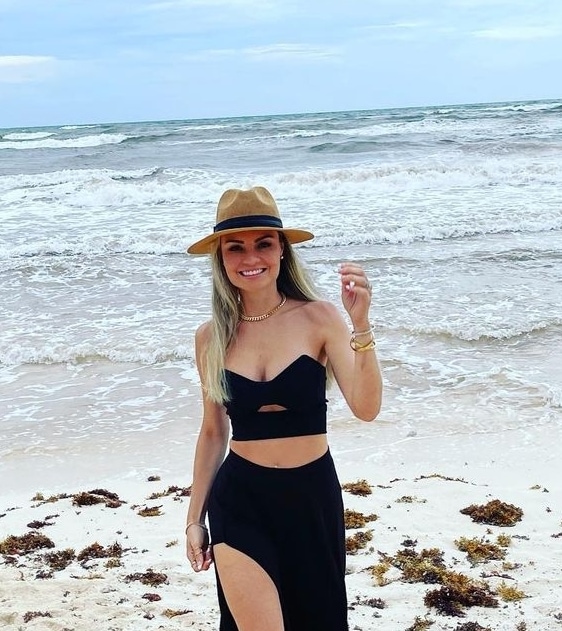 connect with me on insta!

Beauty Made Simple. Our system will recommend the best treatments for carefree beauty. Then, it's just sunscreen & lip gloss. 💋

Sharing Selfies ~ These 2 are Not Sisters! Both h

Kindergarten. I would just love to hold this swee

Keloid scars can be so embarrassing. People will

It's sweater weather today in Florida!!! And I'M W

We use cookies on our website to give you the most relevant experience by remembering your preferences and repeat visits. By clicking “Accept All”, you consent to the use of ALL the cookies. However, you may visit "Cookie Settings" to provide a controlled consent.
Cookie SettingsAccept All
Manage consent

This website uses cookies to improve your experience while you navigate through the website. Out of these, the cookies that are categorized as necessary are stored on your browser as they are essential for the working of basic functionalities of the website. We also use third-party cookies that help us analyze and understand how you use this website. These cookies will be stored in your browser only with your consent. You also have the option to opt-out of these cookies. But opting out of some of these cookies may affect your browsing experience.
Necessary Always Enabled
Necessary cookies are absolutely essential for the website to function properly. These cookies ensure basic functionalities and security features of the website, anonymously.
Functional
Functional cookies help to perform certain functionalities like sharing the content of the website on social media platforms, collect feedbacks, and other third-party features.
Performance
Performance cookies are used to understand and analyze the key performance indexes of the website which helps in delivering a better user experience for the visitors.
Analytics
Analytical cookies are used to understand how visitors interact with the website. These cookies help provide information on metrics the number of visitors, bounce rate, traffic source, etc.
Advertisement
Advertisement cookies are used to provide visitors with relevant ads and marketing campaigns. These cookies track visitors across websites and collect information to provide customized ads.
Others
Other uncategorized cookies are those that are being analyzed and have not been classified into a category as yet.
SAVE & ACCEPT